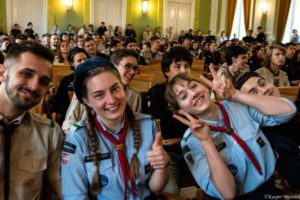 The annual Youth Forum of the Polish Scouts of Europe took place on November 30th, 2019 in Warsaw. It is a conference weekend, with lectures and workshops on a variety of topics concerning the young people of our Catholic Scouting Association.

This year, the topics ranged from “Roman soul of Europe” and “Leader in action” to “More than words – about the meaning of our gestures”. It is the 14th time the leaders of the Polish Association organised the event for young people from all around the country and even Europe. The event is mainly advertised to the chiefs of the Association; however, guests are always warmly welcome! END_OF_DOCUMENT_TOKEN_TO_BE_REPLACED 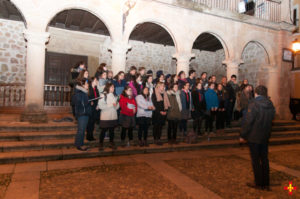 On the last November weekend, the third edition of the Choir Workshop for singers and choir leaders took place in the little village of Sigüenza (Castilla-La Mancha), annually organized by the Spanish National Technical Team of Sound and Music. This year more than 60 unit leaders, pilots, rovers and senior guides tripled the 2017’s attendance, when the first edition was celebrated.

The activity started early on Saturday 23rd with the Lauds and the mass celebration. In the morning, the participants coming from Madrid, Toledo, Castellón, Catalonia and Lithuania (!) enjoyed, divided into groups, the first lessons focused on improving both singing and choir leading. END_OF_DOCUMENT_TOKEN_TO_BE_REPLACED 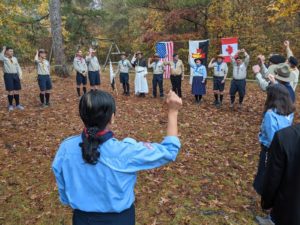 Last weekend, the European High Patrol Weekend took place in Wrocław, western Poland: an international event in which one scout and one guide high patrol from every FSE association can participate. A high-patrol consists of the patrol leaders and troop/company leaders of a guide company or a scout troop. END_OF_DOCUMENT_TOKEN_TO_BE_REPLACED